On average, over 95% of all waste that’s produced from a demolition project can be recycled. 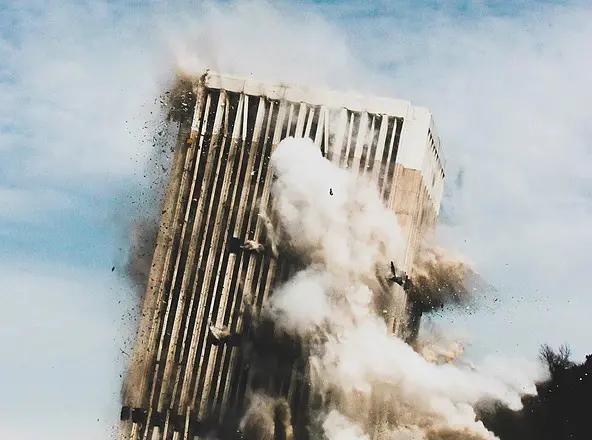 The construction industry is wasteful. In the UK, construction and demolition generate 61% of total waste and 45% of all CO2 emissions.

As it stands, these figures don’t seem to be getting better. On our current course, we are set to triple waste production by 2100. For construction to actually be sustainable, we must change the way we think about construction and demolition.

The UK government has committed to cut greenhouse gas emissions by 80% by 2050 compared to 1990 levels and to halve them by 2025. Modern-day urbanisation and the global extent of construction means that it is even more important that whatever we build adheres to a less wasteful, and more environmentally friendly model – so we can meet these emissions goals.

Here are 3 ways the industry can reduce the amount of waste produced from demolition:

On average, over 95% of all waste that’s produced from a demolition project can be recycled. That’s one way that demolition works can be best optimised to protect the surrounding environment.

Many of the resources once considered renewable, such as forests and freshwater, have become finite now that human demand has caused us to consume faster than we can replenish. As resources become less available, businesses will have to plan for increased costs in the future. There are costs that come with adapting to climate change. With better use and conservation of resources, companies can save money, and decrease wastage.

One company in The Netherlands has already seen opportunity in renovation and demolition. ABN AMRO’s office is a multi-purpose pavilion that has been built entirely using high-quality recycled materials. It’s also been designed to have the lowest possible environmental footprint. Some quirky features include a ceiling made from over 16,000 pairs of used jeans, and window frames installed from previous office blocks.

Technological innovations are transforming the way physical materials are used in global construction projects. 3D printing is just one of the increasingly popular trends in alternative building materials. What’s interesting about 3D printers is that they create zero waste. By building up objects one layer at a time, the process also uses only 10 per cent of the raw materials of traditional methods.

Elsewhere, studies continue to look into future innovations such as self-healing concrete.

Concrete is the world’s most popular building material, yet, all concrete eventually cracks. Under some conditions, those cracks can lead to collapse or demolition. Self-healing concrete, which was first developed in the Netherlands, has the ability to repair itself using bacteria. This bacteria is able to resist the alkalinity and the mechanical stress of concrete without human intervention.

Every year, an estimated £40 billion is spent on repairing and maintaining structures such as tunnels, bridges, buildings and roads, most of which are made from concrete. In 2015, the UK commenced its first major trial of self-healing concrete.

The construction industry is taking positive steps in the right direction to reduce waste and increase the life of buildings. Reusing and recycling materials, and advancements in technology such as 3D printing and self-healing concrete can reduce the amount of waste produced from demolition. As the construction sector develops and adapts to meet changing government policies around the environment, it will be interesting to see how companies work to meet the social responsibilities that come with modern-day urbanisation.